All our professionals have Masters level degrees or higher with clinical licenses or licensed interns supervised by a state board approved licensed therapist. You will work with a therapist that has clinical experience specific or related to your needs. 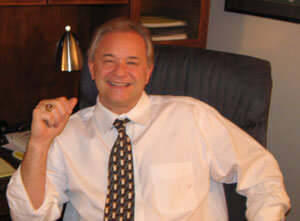 After working at a crisis hotline in the early 1990s, Mr. Karpinski focused on clinical therapy by completing his Master Degree in 1999 from the University of Nevada, Las Vegas. Mr. Karpinski started his first internship 20 years ago at Volunteers of America and Bridge Counseling in Nevada. Mr. Karpinski started Evergreen Counseling in 2002 with Thomas Wagner. Mr. Karpinski has completed over 20,000 hours of individual counseling and facilitated over 2000 group sessions with clients facing personal problems. Mr. Karpinski primarily uses Cognitive Behavioral Therapy, which is a modality of treatment that our thoughts create emotions and emotions drive our behaviors. By restructuring an individuals thinking it changes their emotions, which in turn changes their behaviors. This modality of treatment is the most popular method of treatment used throughout the country.

Mr. Karpinski is an expert and studied with the top professionals in the following areas: juvenile and adult pornography addiction, inappropriate sexual behaviors, sex addiction, anxiety disorders, depression, and general life problems. He also works with couples that are experiencing these issues which has affected their relationship in a negative way, by creating a support system to enhance the effectiveness of treatment. Mr. Karpinski has also written a treatment workbook (called, Making Change: A D.U.I. Treatment Workbook, on Amazon) for individuals that have been arrested for driving under the influence (DUI). 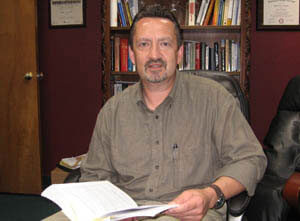 Mr. Thomas Wagner, LCSW completed his undergraduate degree from Minnesota State University Mankato in Psychology. He then went on to finish his Master Degree in Social Work from The University of Texas Arlington in 1991 and has been a Licensed Clinical Social Worker since 1993.

Mr. Wagner has been working in the field of child sexual abuse since 1988, where he was employed with the State of Texas in the child protective services area. He worked conducting investigations and engaged in ongoing case work with sexual abuse victims and their families. In 1991 he moved from Dallas, TX to Las Vegas, NV and has since been working with adolescent and adult sexual offenders and their victims. Mr. Wagner attended his first ATSA conference in Ft. Worth, TX in 1991 and has been a Clinical Member of ATSA since 2003. He was also the clinical director for a 12 bed inpatient residential facility for juvenile sexual offenders in Nevada for several years. Since then, he has worked with adolescent and adult sexual offenders on an outpatient basis.

Mr. Wagner has accumulated thousands of hours working directly with victims, offenders and family members helping them come to grips with the trauma of sexual abuse. The overall concentration of his treatment is a cognitive behavioral therapy approach, which helps in working directly with the complex issues involved with trauma. His main focus is to help clients find healthy/effective approaches to their life problems. He also wants his client so they can learn to be mindful of daily lifestyle issues that promote optimum mental health. The overall goal and mission is that no other harm is done and there are no more victims. Mr. Wagner, along with his colleague, Phillip Karpinski, LCSW, recently created an online non-offending parenting program for juvenile and adults who have sex offense related issues.